back to the overview

Neurons on display in a 360° all-round view

Prateep Beed works as a postdoctoral researcher at the Charité – Universitätsmedizin Berlin and the Berlin Institute of Health. Besides his work in the laboratory, he’s committed to finding ways to make research accessible to a wider public. Shortly before the Berlin Science Week 2017, an international science festival in Berlin with more than 100 events and over 15,000 visitors, we met the scientist and talked with him about the world of research both inside and outside the laboratory.

Dr. Beed, what do you particularly like about Germany and Berlin?

I was born and grew up in India, but I always wanted to study abroad. When the University of Tübingen offered me a scholarship grant to do a master’s degree, I was delighted to accept. In time, I learned to particularly appreciate the German education system. I really love Berlin, as a city that offers not only good job prospects, but also an amazing number of opportunities for personal development. It’s important to me to have a life outside the lab.

“Googling” your name, one finds videos of your talks, links to Open Science platforms and event announcements. Do you spend more time outside the lab than in it?

I find it important that, as researchers, we not only present our work in scientific journals but also communicate what we actually do to a wider public. Knowledge must be shared. However, most of the knowledge of the scientific community never reaches the general public. So how can we bring our work, which is largely financed by tax money, back to the people? Successful initiatives are the “Open Science Workshop” of the Free University, the Berlin Science Week or the Falling Walls Lab, where interested members of the public have the opportunity to talk to scientists. In addition, such events act as catalyzers for scientists to get to know other people from the community. In that context, I’ve met many people who work in the areas of Digital Health and Health Accelerators, for example at Bayer or SAP. There’s a whole ecosystem to discover outside the university.

How do you find the necessary time for this, in addition to your research?

I take the time. Of course, there’s always enough work, but if you stay focused you can use your time very efficiently. Many people in research believe that ever more is possible. But it’s more important to know at what point it’s best to draw a line and let things rest once in a while. If something doesn’t work, you have to learn when to give up on it. 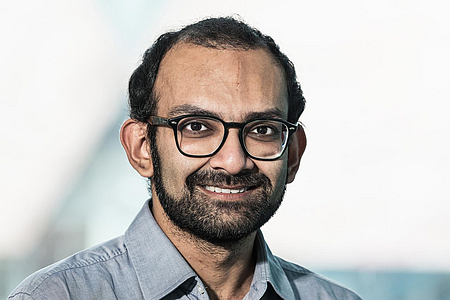 Cortical Circuits in Health and Disease

Did you have a role model for you as a scientist?

Richard Feynman explained physics in a way that anyone could understand. As a scientist, you should always be able to explain your research in two sentences. Ultimately, the most important thing is not to get lost in the details, but – to use an expression from the start-up scene – to present your work in a short “elevator pitch”.

So please fire ahead: what’s your research about, in two sentences?

I am interested in understanding the spatial and temporal balance of neuronal activity in circuits. Understanding the structure-function relationship of such circuits can provide valuable insights into various diseases where exactly this delicate balance is affected.

Just as an exception, could you go a little more into detail?

Actually, that was quite easy to understand. Are you studying specific diseases?

In the case of neurodegenerative diseases, some changes in the way that neurons communicate and how they are connected already occur very early on – many years before it’s possible to recognize any physical symptoms of those diseases. I’m studying this pre-symptomatic phase in the case of Alzheimer’s and concentrating on a certain area of the brain, the entorhinal cortex. This area is responsible for spatial orientation and often changes with Alzheimer’s. The neurons in charge of that process were the focus of the research of John O’Keefe and Edvard and May-Britt Moser, for which they received the Nobel Prize.

How would you make this subject accessible to a wider public?

I have an idea for something that doesn’t yet exist in Berlin: to open an interactive brain center. A place where the different functions of the brain would be explained, for adults – most science centers are predominantly aimed at children. What I’m imagining is a totally immersive exhibition, a 360-degree environment showing how our brain functions. For various reasons, Berlin is an excellent location for such a project. For example, the issue of drugs is widely discussed, but most people don’t know what happens to their brain when they take cocaine or LSD. In addition, philosophy has a long tradition in Berlin and the issue of perception could be an additional focus of the brain center. I’d like to continue researching in the lab and at the same time work on further developing this idea. If I’d just spent my whole life in a lab, I’d never even have thought of this option.

back to the overview